Congratulations David on a successful commission!

At the Queensland Teachers’ Union Biennial Conference held in June 2013, the Unions’ Trustees presented artwork to add to the Union’s GA Daughtrey Art Collection (pictured is the artwork with QTU Trustees (l-r) Brian Pearson, Jenny Swadling, Allan Cook and Mary-Jane Woodgate). The Trustees commissioned the artwork by artist David Hinchcliffe which depicts one of the successful rallies of QTU members conducted in front of Parliament House during the 2012 Enterprise Bargaining campaign. As well as a noted artist, David was a former Deputy Mayor of Brisbane City Council and many years ago an employee of the QTU. The Queensland Teachers’ Union maintains the GA Daughtrey collection of artwork in recognition of the contribution of a former General Secretary of the Union, Mr George Daughtrey. 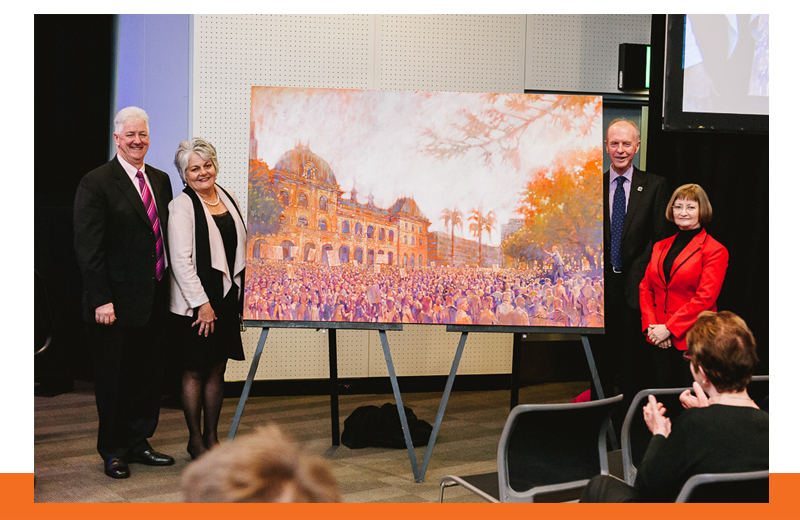